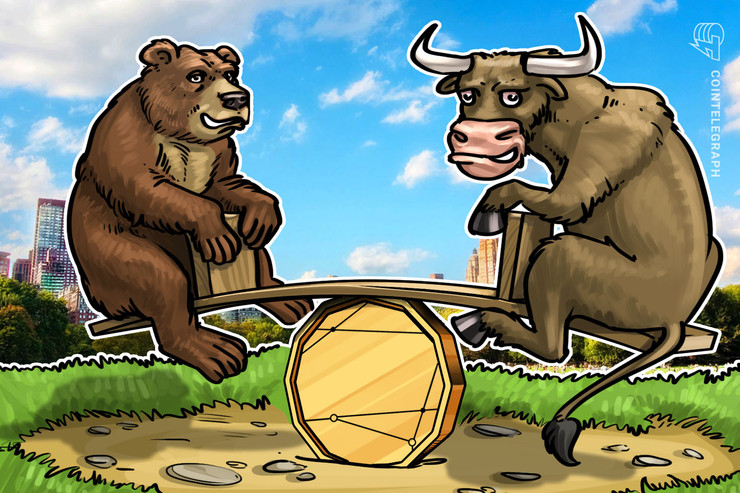 The cryptocurrency bear market is winding down and is in its final stage, the accumulation phase, according to a report from digital assets fund Adamant Capital published on April 18.

Per the report, the accumulation phase is expected to bring bitcoin (BTC) to trade in the corridor between $3,000 and $6,500 until the new bull market gains ground. The researchers suggest that bitcoin whales are currently accumulating the leading cryptocurrency which echoes the bear market from 2014 to 2015.

The analysis reportedly showed that most retail traders have left the current market, while agnostic traders and long-term investors have become dominant. That reportedly fits BTC volatility lows analysis, wherein recent bitcoin 60 day volatility slumped below 5% — a level not seen since late 2016. The report further explains:

“During the accumulation phase, the market will trade in a range: the weak hands, who are trying to get out of the market, take profit during rallies and thus create the resistance, and the strong hands, looking to accumulate, buy at the bottom of the range which eventually creates a floor in the piece.”

Millenials are also one of the key drivers of the cryptocurrency market growth, the report says, as 92% of this generation does not trust banks and the majority of bitcoin buyers are also millennials. The researchers forecast that bitcoin will see mass adoption in the coming five years, as well as become widely recognized as a portfolio hedging instrument and reserve asset.

As previously reported, research by blockchain-focused company Clovr revealed that cryptocurrency investing is most popular among millennials earning from $75,000 to $99,999 annually. Millenials are reportedly almost twice as likely as any other generation to invest in digital currencies, with 43 percent of men and 23 percent of women investing in crypto.

Another poll by crypto finance company Circle showed that 25 percent of millennials said they are interested in purchasing digital currencies over the next 12 months, which sets them apart from other generations by more than 10 percent.